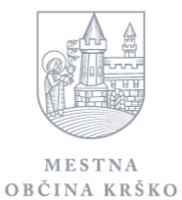 All information about the tourist offer

The town itself was set up on both banks of the Sava, the longest Slovenian river. The old town centre has been restored, giving the town the image of a neat administrative centre and a wider regional dimension. The newer part of the town, called Videm, got its more complete picture with the completion of the nuclear power plant (NPP) and the largest paper mill in the country. The same industrial area includes the reconstructed and modernised Brestanica power plant and the card-board factory with its business operations at the European market level. With the development of entrepreneurial flair, commerce, small businesses, agriculture and tourism, the economic development has been on the rise.

The planning of new business and industrial zones is one of the important factors of the future development of the municipality since as a result this gives the opportunity of new job opportunities. Currently there are 170 hectares of business area in Krško municipality. It spreads from Kostanjevica, across Raka, Senovo, and Brestanica to the central area of the municipality. One of the greatest results of the endeavours of the local community is Vrbina and Drnovo business centres.

In order to respond to the challenges of the business environment, a Faculty of Logistics was set up in 2004, operating within Maribor University, with its registered address in Celje and operating in Krško as a separate department. A new link in the chain of the development of educational facilities is Faculty of Energy.

Krško is also a cultural centre of the area, as proven by many cultural institutions in the town: Valvasor Library, Krško Cultural Centre, Capuchin Monastery with its church, Vladimir Štoviček Gallery, Krško Gallery, MenvinPark Hall and the Park of Deserving Citizens hosting among others two of the most important residents, i.e. Adam Bohorič and Jurij Dalmatin, who both significantly marked the era of Protestantism and the obtaining of the first Slovenian books in the 16th century. The cultural life of Krško, both professional and amateurish, is at a very high level.

Very specific features can be found also in the location of the countryside itself and its relief, suitable for the development of agriculture and tourist activities. The labouring hands of the local residents have changed the hills surrounding the Krško basin into fertile vineyards and orchards with mainly apples, pears, peaches, plums and apricots. The established trade mark is "Cviček" wine, an autochthon wine type. This is a light, refreshing pale red wine suitable for all types of food and every occasion. How deeply this area is marked with wine growing is evidenced by two wine-tourist roads: the southern Podgorjanska road and the northern Bizeljko-Sremič road.

The variety of the countryside makes the area perfect for rest and relaxation. These include several possibilities of bike-riding, jogging, trekking or riding on a horse. There are also several sports events, in particular an attractive speedway, horse racing, hand-ball and basket-ball matches, and bicycle marathons. Skiing-slopes in Planina above Podbočje, numerous tennis courts and field paths suitable for bicycle riding, enable active recreation. Fishing in the fish-pond in Mačkovci near Brestanica will also prove to be a unique event.

In this picturesque land filled with variety the present interweaves with the heritage of the past centuries. The archaeological excavations in the cave called "Ajdova Jama", include remains going as far back in the past as the Stone Age. The early Iron Age left its mute witnesses in Libna near Krško, while the remains of the former Roman settlement and the river port called Neviodunum can still be seen near Drnovo. The Middle Ages marked the area with castles and numerous, still well preserved churches in the towns of Krško, Brestanica, Leskovec and other places.

In this picturesque countryside, stretching from the Gorjanci Hills to Bohor Mount, the present interweaves with the past. This is the world in a miniature version, which in spite of all events in the past, succeeds in retaining its original authenticity.